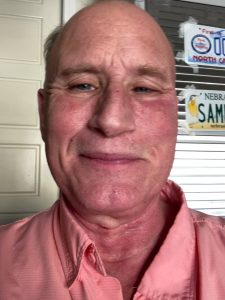 Paul Adams's career has involved mostly radio, but he also has some experience in the newspaper world as well.  His radio career spans over 40 years starting in New Hampshire (where he and Bill Shane became friends), Central Pennsylvania, and Southwest Florida, all in the USA.  Paul was once considered for a radio gig in Christ Church, New Zealand, but in the end decided to turn it down.  Paul’s done it all from mornings, mid-days, afternoons and evenings as an air-personality in small to large markets to Program Director and sales rep.  YourMMStation.com was Paul’s brain child back in late 2009 and by 2010, the station he founded was born.  Today Paul is doing what he loves most; still on the air with his acerbic wit and playing the “buzz” music that you love.  He is co-owner and CEO of YourMMStation.com.  Paul lives and broadcasts from our flagship station in Los Angeles, California where he lives with his wife Cari. 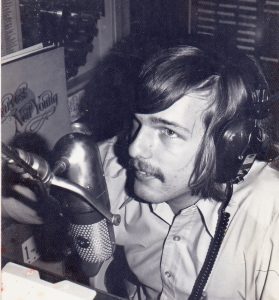 Bill Shane entered broadcasting in 1972 and has never looked back.  Over the years, Bill found himself broadcasting in better dayparts, like afternoons, but never mornings.  “I’m not a morning person.”  Bill confesses that he stays up till 3:00am and wakes up at 10:00.  After working in large markets in the USA, like Providence, RI, New Haven, CT and Springfield, MA, Bill accepted a promotion to program a station in Naples, FL.  After 2 years, Bill ventured into the world of television where he quickly became a program executive for the WB Network.  Bill also had a chance to move to Christ Church, New Zealand, but decided to turn it down.  Bill is currently living in Connecticut with his wife Amy.  His Son also named Bill is a semi-professional wrestler and lives in Atlanta, GA.  Along with Paul Adams, Bill is also co-owner of YourMMStation.com and programming executive.  Bill’s favorite expression is, “You can only be young once, but you can be immature forever.” 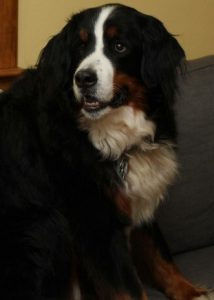 Edie is YourMMStation’s unofficial mascot.  Edie hangs in the studio with Bill Shane whenever she can.  Bill is constantly giving her munchies.  Every once in a while you’ll hear Edie barking on the air.  It’s a loud bark and usually means she wants more animal crackers.  Edie was born on Halloween in 2012.  She’s approximately 5 feet tall on her hind legs and weighs 105 pounds.  She is a pure bred Bernese Mountain Dog and is as lovable as she is big. 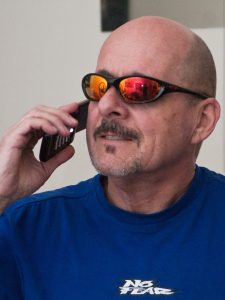 S.J. Ventura is the newest addition to YourMMStation.com.  He joined us in 2019 as a field correspondent and immediately started sharing marijuana news from the UK and Ghana, West Africa.  He found creative ways to tie in cannabis news with Covid-19. SJ was well-groomed for his new duties with YourMMStation.com; his past work experience was extensive in electronic media. At 13, SJ and other teenage members of his neighborhood started their own pirate radio station which seemed to set a precedent for SJ as he continued on with another pirate AM station in 1968.  SJ finally went legit and started working for an ITV network operation and eventually ended up producing features about well-known off-shore pirate radio stations including Radio Caroline and Laser 558.  SJ also created features on a group of independent producers of music from the 80’s.  These features aired on cable and satellite channels in the UK and Scandinavia.  He’s also been a writer, producer and director for Image & Promotion International creating promo’s for personalities along with news imaging.  His crossover into cannabis radio news features has been seamless and he’s always happy to hear feedback from listeners.  SJ has a series of “crash-pads” throughout Europe and Western Africa, but he calls London home.  He and Bill Shane met in Florida in 1989 and have remained thick as thieves. 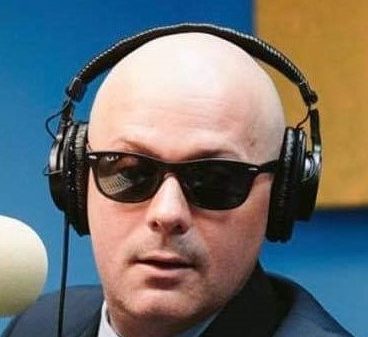 John Raynar is the voice you hear every weekend on YourMMStation.  John broadcasts from the island of Guam in the south Pacific.  John is kept busy mostly with his "real job" which is the morning host on the terrestrial radio station on the island and he also supplements his time by selling advertising.  John is married and has some children although the exact number isn't known at this time.  Although he looks like a character from the movie "Men In Black," John is completely harmless and if you see him on the street in Pago Pago, Guam's largest city, stop him and say hello.